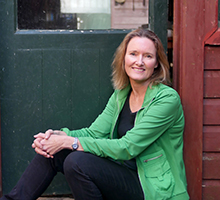 Lisa Walker is a full-time writer living in northern New South Wales. She has previously worked in environmental communication and as a wilderness guide. She has Masters degrees in creative writing and natural resource management and is currently a PhD candidate in creative writing at the University of Queensland.